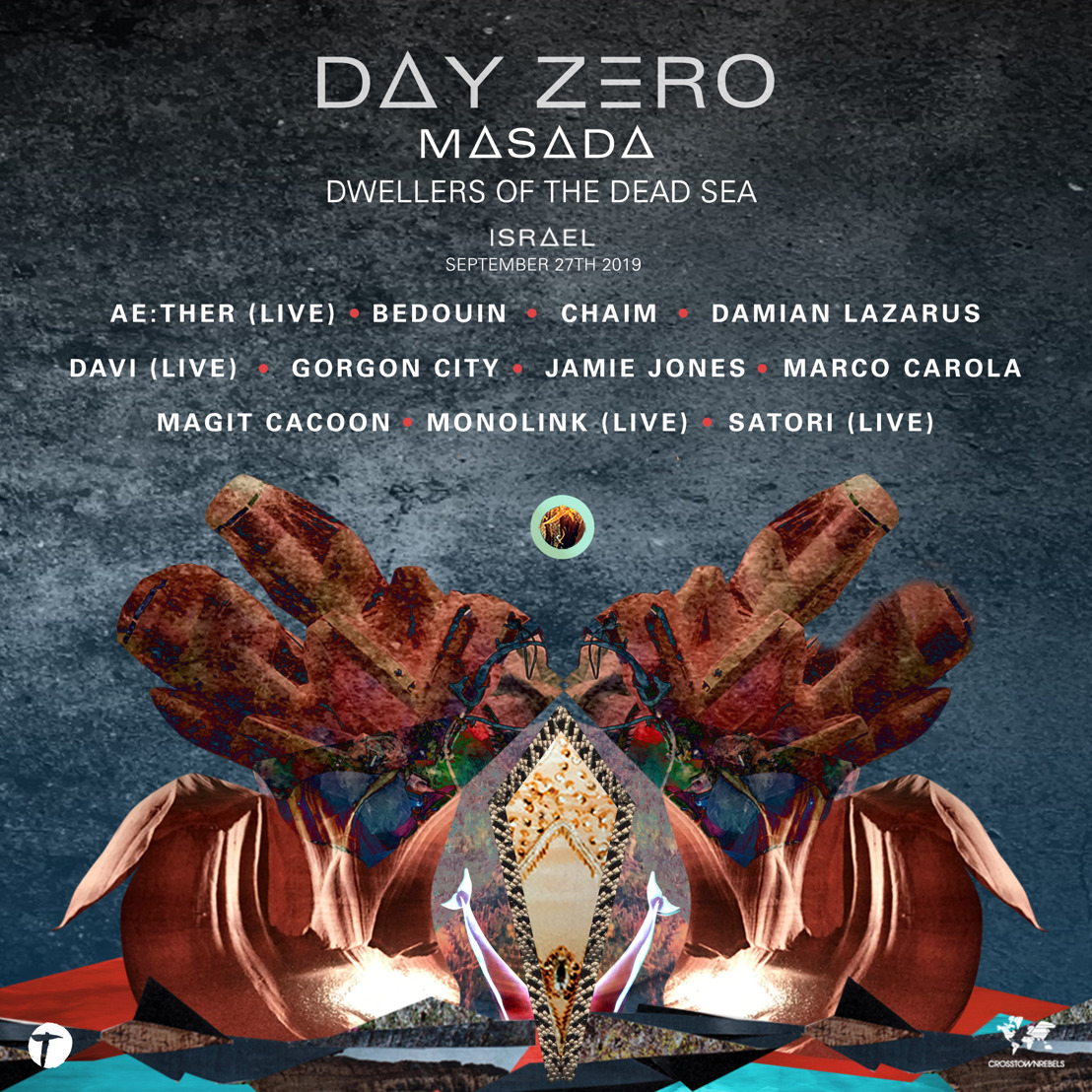 Since 2012, Damian Lazarus has sought out to foster a sacred community of global nomads with his Day Zero events. What began as a ceremony at the end of the Mayan calendar has become a yearly renewal of spirit and wonder for many, a gathering that has merged modern and ancient cultures under the curational banner of Crosstown Rebels. The transformational pull of Day Zero will now take on a new chapter at the base of the ancient mountain of Masada on September 27, 2019 as an offering to all those who have come before.

Musical programming will play a pivotal role in this new beginning, with Lazarus curating an aural journey fine tuned for the primordial lands of the fertile crescent. Day Zero’s 2019 Dead Sea debut will welcome some of the electronic world’s most celebrated live acts and selectors. Damian will be joined by global Hot Creations leader Jamie Jones, Napolese techno ambassador Marco Carola, Israel’s own Magit Cacoon and Chaim, the spell-binding tones of Bedouin, and UK house icons Gorgon City. In line with the event’s dedication to the best in live experimentation, Damian welcomes Ae:Ther (live), Satori (live), and Monolink (live) into the fold for this first of its kind party.

Day Zero Masada: Dwellers of the Dead Sea will gather party people from around the world to this unique world heritage site, just a stone’s throw from the Biblical ruins of Sodom & Gomorrah. The singular desert experience will run from sunset to sunrise, towered over by the historical mountain beside the Dead Sea that connects Israel and Jordan.

Day Zero remains one of the highest regarded productions in the world, with each event fusing top level aesthetic and technological curation with the natural wonder of its host locale. Attendees are swept up into a fully immersive world adorned with interactive performers, impromptu ceremonies, and hidden areas to explore.Crosstown Rebels will team up with The Tripping Productions for a legendary experience in this beautiful location, armed with an incredible line-up and a level of production that only these event crafters can create.

Crosstown Rebels started their mission in 2003 powered by a modern electronic canon spearheaded by Damian Lazarus. The label has inspired countless unforgettable dance floor moments and nurtured many universally adored music makers. Soon to be entering its sixteenth year at the forefront of future-moving dance music, Crosstown Rebels remains the electronic pioneering force of the past decade and a half.

“Having come to understand firsthand the genuine thought, care, and passion put into bringing Day Zero to life, I had a whole new appreciation for the poignancy a rave could have in the middle of a jungle.” - Paper Mag